Insurers are sending in the drones.

Federal regulators have cleared three of the nation’s largest property insurers to use unmanned aircraft, an early step that could bring widespread change to inspections of everything from hail-damaged roofs to collapsed buildings to flooded neighborhoods. 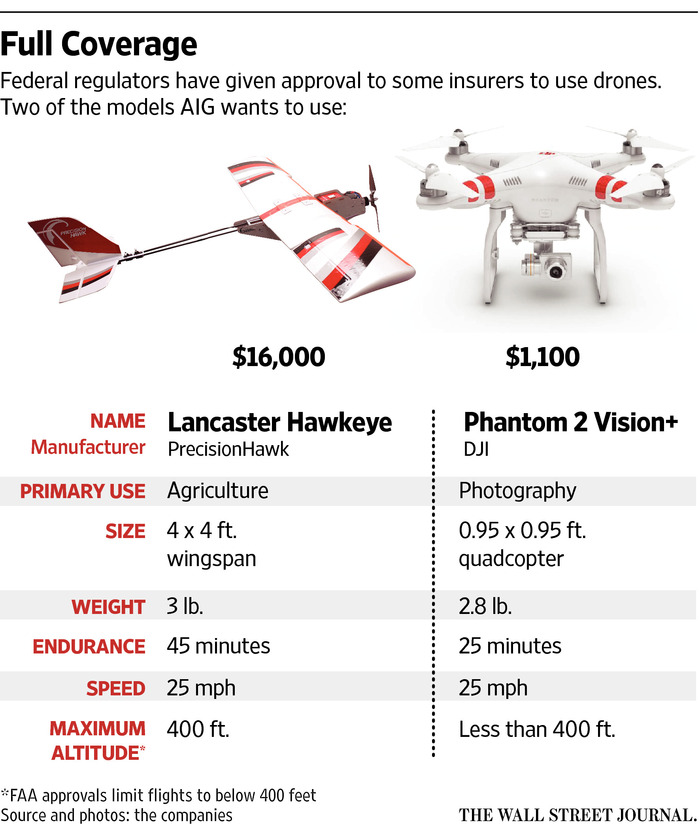 American International Group Inc. (AIG) said last Wednesday that it received approval from the Federal Aviation Administration to use drones to conduct inspections in the U.S. The FAA previously had approved State Farm Mutual Automobile Insurance Co. and United Services Automobile Association, or USAA, to test drones in the U.S.

USAA said Wednesday that it believed a recent federal policy change would allow it to inspect a catastrophe site as early as this week if needed. An FAA spokeswoman didn’t dispute the USAA’s interpretation.

But insurers could be constrained by various FAA limits aimed at easing concerns about safety and the potential invasion of privacy. For instance, the three approved insurers can fly drones over private or “controlled-access” property only with permission from the owner or other authorized party, according to the FAA’s approval letters. Flights also must take place away from airports and most urban areas, during daytime and, in many cases, at least 500 feet “from all nonparticipating persons, vessels, vehicles and structures.”

4 Consequences Of Driving Without Insurance