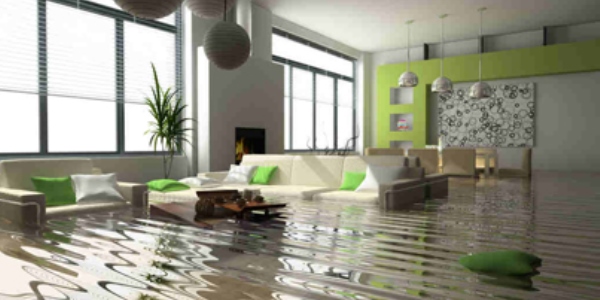 With flood insurance rates — and home­owner outrage — continuing to rise in Florida, Louisiana and other states, the Senate on Thursday passed a bill that would block parts of a law that forced the increases.

The 67-32 vote represented a triumph of bipartisanship from a diverse coalition of states, and advocates expressed optimism it would build momentum. But significant challenges remain.

“Now the question is, what happens down there?” Florida Sen. Bill Nelson said, speaking from the Senate floor during debate and motioning to the House, where GOP leaders have said they will not take up the bill as written.

Critics say it guts important reforms — overwhelmingly approved by Congress in 2012, including many of those who voted in the majority Thursday — that phase out subsidized insurance rates, discourage building in risky areas and stabilize the National Flood Insurance Program, $24 billion in debt.

“This is, in essence, an entitlement program,” said Sen. Bob Corker, R-Tenn.

Nelson, who helped shape the legislation, spoke Thursday of “huge, gargantuan” rate increases homeowners have experienced in the past year as the 2012 Biggert-Waters Flood Insurance Reform Act took effect.

Lawmakers behind the fix have blamed FEMA for moving too fast with new flood maps and not studying the affordability of new rates.

Chastened by stories from angry constituents, they rallied around the legislation and on Thursday had assembled a strong enough coalition to defeat several amendments that would have allowed some of the reforms to go forward. Fourteen Republicans, including Florida Sen. Marco Rubio, joined the Democratic majority.

As approved, the Senate bill would delay major changes for four years and is retroactive to the 2012 law going into effect last October.

Florida has more subsidized flood insurance policies facing sharp rate hikes than anywhere in the country — 50,000 in Pinellas County and more than 14,000 in Hillsborough — and some homeowners are seeing annual increases of $2,000 to $10,000 or more.

The changes are also being felt sharply in Louisiana, New York, New Jersey and a number of other states.

The White House this week found itself in an unusual alliance with conservatives in saying the bill would undo attempts to stabilize the flood insurance program, which has racked up debt in large part because of Hurricane Katrina and Superstorm Sandy. But the administration stopped short of threatening a veto.

Arguments against the bill foreshadow the coming House debate.

“The program is basically bankrupt and only operating by the grace of the American taxpayers,” Sen. Richard Shelby, R-Ala., said in debate. “Essentially it was flawed from the beginning when it was created in 1968.” He accused sponsors of trying to kill any reforms.

Sen. Robert Menendez, D-N.J., countered that the bill does not apply to second and vacation home or those facing repeated flooding. Sen. Charles Schumer, D-N.Y., threatened that FEMA would take “nonsensical” flood mapping to other states.

A House bill matching the Senate’s has more than 180 sponsors but Republican leaders, including House Speaker John Boehner and Rep. Jeb Hensarling of Texas, chairman of the Financial Services Committee, have vowed not to take it up. The bill is also competing with other legislation that provides a less sweeping rollback of the 2012 law.

Advocates from Pinellas County went to Washington this month to lobby the state delegation and will return next month to target a broader audience.

“We are going to be assertive in telling the true story for Florida — that this is affecting real people, middle-income people and ordinary folks, many of whom do not even have waterfront access or views,” said Wendy Nero, a Pinellas official working with the coalition.

Florida’s Democratic members of the House wrote a letter to Boehner on Wednesday saying they were “very concerned” about his comments about not taking up the Senate bill. (Boehner did say the House would look at “alternative ideas” that “both help homeowners and protect taxpayers.”)

“Listen to the families, small business owners, Realtors, chambers of commerce and retirees across America who agree that the Homeowner Flood Insurance Affordability Act of 2013 is the right approach,” the letter read.

The new rates have already hurt home sales in flood-zone neighborhoods such as Shore Acres, the Pinellas beaches and inland St. Petersburg with sales plunging to the slowest pace in years, according to Realtor data analyzed by the Times.

Homeowners Battle Push By Citizens Property Insurance To Drop Them

6 Home Maintenance Tasks You Must Learn To Do