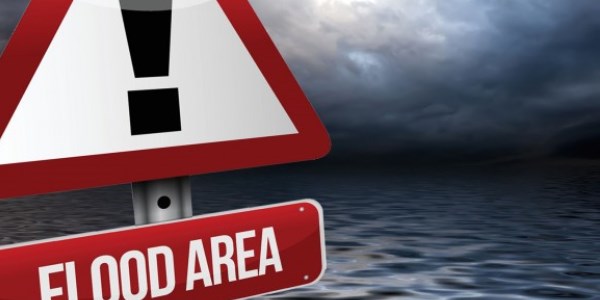 Eckerd College wasn’t invited to the party. Nor were a smattering of beachfront hotels, a St. Petersburg physical therapy clinic and hundreds of other property owners in Tampa Bay.

They were all overlooked by a much-celebrated “fix” to the flood insurance crisis approved by Congress last month.

The law signed by President Obama gives a reprieve from sharply higher flood insurance rates for many owners of older homes in flood-prone areas; what it doesn’t do is stop huge rate increases from hitting some owners of commercial properties and second homes.

For Eckerd, situated on a mile of campus waterfront along the Gulf of Mexico, that means its flood insurance bill is scheduled to shoot up 25 percent in July, from $400,000 to $500,000. And unless the institution cuts back on coverage or agrees to pay more out-of-pocket for future flood damage, its premiums could more than double within five years, topping $1 million.

“We have not been spared” said Lisa Mets, an Eckerd vice president and point-person dissecting the financial impact on Eckerd’s 78 buildings across its south St. Petersburg campus. “I personally am not tolerating it right now. I’m going to fight it.”

She’ll have plenty of comrades in arms. Pinellas County Property Appraiser Pam Dubov said she has identified 1,609 older commercial properties in Pinellas alone that could be dramatically affected by the flood insurance overhaul. They include 649 beachfront parcels with a median improvement value (which includes building value but not land value) of $157,000.

It’s a wide array of retail, industrial/warehouse; office; hotel/motel; and restaurants. For many, their value lies more in the land than the relatively modest buildings. Even the most expensive property types — hotels and restaurants — have median improvement values under $163,000.

Under the Biggert-Waters Flood Insurance Reform Act of 2012, older commercial buildings and second homes in low-lying areas that have received a lower-than-market flood rate for decades now face an annual maximum increase of 25 percent.

The impact is even greater for those who have bought an affected property since July 2012 . They’re losing their insurance subsidies immediately, raising their rates ten-fold in some cases.

But the 25 percent annual hikes are bad enough, Dubov said. “By 2016, you’re talking about doubling the (initial) rate and by the next year almost reaching triple the rate,” she said.

“I’m not sure how fast the market can absorb those kinds of rate increases. What will be the break-even point?” And, she wonders, will it trigger higher costs for tourists who frequent beachfront restaurants and hotels?

Joe Caruso, impacted by varying rate hikes at the three beachfront hotels he owns in Pass-a-Grille, figures he’ll have to pass on some of the pain to customers through higher room rates.

At the Sabal Palms Inn and the Coconut Inn , Caruso is facing the 25 percent annual rate hikes. But that’s much more palatable than FEMA’s estimate for his third property, the Havana Inn.

Because Caruso bought the Havana in March 2013, FEMA totally stripped away its subsidized flood insurance rate of $5,000 this year. His new rate quoted through the federal agency: a stunning $45,000.

Before the bill came due, he scrambled to find alternative flood coverage through surplus lines insurance carrier LLoyd’s of London.

Lloyd’s isn’t regulated by the state, which gives consumers less protection, but its $15,000 quote was much more doable than FEMA’s. “I never thought I’d feel fortunate to pay triple what I was paying before,” Caruso said.

Caruso said he’s disheartened by the callous treatment from elected politicians who don’t appear to realize the damage this wreaks on the economy.

“These small businesses are the goose that lays the golden egg. When you shoot the goose, they don’t lay any more eggs,” he said. “I’m hoping there’s a fix from Congress, but right now we have no choice but to pay the premiums.”

In his first legislative move after getting elected to represent Pinellas County last month, U.S. Rep. David Jolly introduced a bill that would extend the flood insurance reprieve to commercial buildings and “owner-occupied” second homes.

But it’s expected to be an even more difficult legislative fight than last fall’s. The Republican congressman acknowledged as much in a recent conference call describing his effort to win enough votes.

“It’ll certainly be months, not weeks,” Jolly said. “Could be six months; could be ten months. But we’re going to work it as hard as we can.”

Until then, hard-hit property owners like Eckerd College are doing whatever they can themselves.

Mets, the Eckerd vice president, is working with an insurance broker seeking ways to cut costs and coverage if possible building-by-building.

Eckerd operates on a multi-year financial plan. Because it doesn’t know what its “full actuarial rates” for flood risk will be by FEMA’s reckoning, it has no idea just how many years the 25 percent premium increases will last. Nor does it know the impact of new flood maps coming out soon for Pinellas County, maps that conceivably could lead to even higher rates.

Debbie Haynes, office manager of Fit for Life in St. Petersburg, is likewise holding out hope for the Congressional Flood Fix, Part II.

The physical therapy and fitness center where Haynes works is getting squeezed by the 25 percent increases. Separately, she and her husband bought a small, second home in Ana Maria Island in 2012. They plan to use it for their retirement years, not as a rental. Nevertheless, because it was a recently-purchased second home, its flood insurance subsidy is being stripped immediately.

To avoid a huge rate jump, she too turned to a Lloyd’s of London flood policy, which merely tripled her old rates. “I’m getting hammered all the way around,” she said. One thing that Fit For Life, Haynes’ home and her second home have in common: none of them have ever flooded.

Florida Is The Riskiest State To Get Into A Car Accident

No Power? No Problem: How To Cook After A Storm Hits

Anticipate A Wider Selection Of Health Plans Next Year