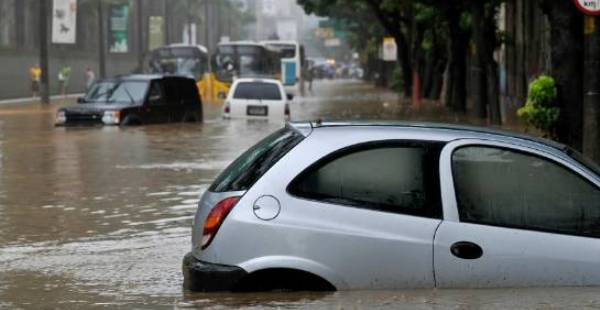 An uproar from affected property owners was enough to unite oft-polarized members of Congress into delaying some steep hikes in federal flood insurance premiums until October, perhaps presaging a bigger rollback of the financially ailing program’s 2012 overhaul.

The issue got so hot that it made legislative co-authors out of Democratic Sen. Mary Landrieu of Louisiana and Republican House counterpart Bill Cassidy, who hopes to unseat her next fall.

The deal, affecting only a slice of the 5.5 million federal flood insurance policyholders, is buried in the omnibus budget agreement made public Tuesday.

Rep. Steven Palazzo, R-Miss., vice chairman of a Home Protection Caucus that formed last May in an effort to galvanize opposition, called it a “first step as we work toward broader reforms.”

More comprehensive legislation providing for a four-year delay in the premium hikes could reach the Senate floor within days.

It’s not often that Congress reverses course on a bipartisan measure so quickly and in such similarly bipartisan fashion.

At issue are Congress’ 2012 dictates aimed at stabilizing the Federal Flood Insurance Program, $24 billion in the red in the wake of Hurricane Katrina and further imperiled by rising seas.

People who own homes and commercial properties in floodplains are required to buy federal flood insurance policies covering up to $250,000 in claims. But the Federal Emergency Management Agency, which runs the program, has for years effectively subsidized many of the policies by setting premiums below the true flood risks to encourage participation.

Under the 2012 congressional overhaul, owners of so-called subsidized properties that aren’t their primary residences and lie in the highest-risk areas started paying 25 percent annual increases to continue until their rates reflect true risks. The increased payments began on Jan. 1, 2013.

On Oct. 1, 2013, similar increases kicked in for owners of those subsidized properties that have experienced repeated flooding and business properties in high-risk areas.

That’s when the outcry grew by decibels.

Palazzo, for one, trooped to the House floor to try to debunk assertions that those affected “are just a bunch of wealthy, waterfront homeowners,” as he put it.

“I can tell you that is not the case in my district,” he said. “I’m hearing from teachers, veterans, fishermen, people who work at the shipyards in support of our Navy. These are everyday Americans, some of whom live 50 or 100 miles or more inland.

“These are folks who have been responsible, maintained flood insurance policies for years and sunk untold thousands of dollars of their own funds into their communities’ recovery from Hurricane Katrina,” he said.

The compromise in the budget deal, however, covers only those who voluntarily bought flood insurance and were later included in new maps of flood-prone areas. Landrieu’s office estimated that 544,346 policyholders nationwide would be affected – about 10 percent of the total.

However, Rep. Vern Buchanan, R-Fla., quoted a FEMA estimate that says the delays could affect 78,812 policyholders out of 109,273 property owners enrolled in the program in his Gulf Coast district.

The compromise doesn’t help homeowners who have subsidized premiums but are not allowed to pass them on to buyers when they sell. Critics say that’s driven down home values in coastal areas.

Backers of a more comprehensive bill, co-authored by Sens. Robert Menendez, D-N.J., and Johnny Isaakson, R-Ga., claim 29 co-sponsors and a pledge of a “yes” vote from Sen. Marco Rubio, R-Fla.

That legislation, most of whose support comes from lawmakers representing the East, West and Gulf Coasts, would delay increases for four years while the National Academy of Sciences completes an affordability study and FEMA certifies the accuracy of new floodplain maps.

The Congressional Budget Office, in a bit of legerdemain, found that such delays would have zero budget impact, even while reducing the flood insurance program’s income by $2.1 billion.

– Ensures adequate funding for construction of the seventh and eighth National Security Cutters for the U.S. Coast Guard, which could be good news for the Pascagoula, Miss., shipyards, where the previous six were built.

– Allots money needed for on-time development of the National Aeronautics and Space Administration’s Space Launch System, whose engines are being tested at the Stennis Space Center in Hancock County, Miss.