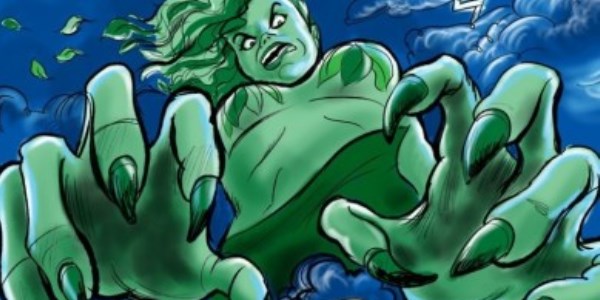 Would more residents of New Orleans have evacuated ahead of Hurricane Katrina in 2005 if it had been named Kurt?

A study published last Monday suggests they would have, perhaps reducing Katrina’s death toll of more than 1,800.

Because people unconsciously think a storm with a female name is less dangerous than one with a masculine name, those in its path are less likely to flee, and are therefore more vulnerable to harm.

As a result, strong Atlantic hurricanes with the most feminine names caused an estimated five times more deaths than those with the most masculine names, researchers at the University of Illinois at Urbana-Champaign wrote in Proceedings of the National Academy of Sciences.

That result held up even after the researchers accounted for storm strength.

Hurricane names currently alternate between male and female. Among those the World Meteorological Organization has chosen for 2014: Dolly, Josephine, and Vicky.

When the National Hurricane Center began giving storms human names in 1953 with Alice, it used only women’s. The first “male” Atlantic hurricane was Bob, in 1979.

The attempt at gender equality may have backfired.

Based on the analysis of Atlantic hurricanes from 1950 to 2012, when 94 made landfall, the researchers found that names of less severe storms didn’t matter. Whether people took precautions or not, the death toll was minimal and no different for male and female names.

But for strong hurricanes, the more feminine the name – as ranked by volunteers on an 11-point scale – the more people it killed.

Behavioral scientist Hazel Markus of Stanford University, who was not involved in the study, called it “very significant” and “proof positive” that gender stereotypes affect behavior even when the male or female isn’t a living thing.

The study did not prove why severe hurricanes with female names were deadlier, but hints emerged in lab experiments.

In one, the Illinois team gave 346 volunteers no information about a storm except its name, and asked them to predict its intensity. “Omar,” “Marco” and the like were judged more severe than “Fay,” “Laura,” and their sisters. In four additional experiments, volunteers shown a storm’s projected path were up to 34 percent more likely to say they would evacuate ahead of male names than female ones on the same path. Reaction to gender-neutral names like Sandy fell in the middle.

When judging a storm’s threat, people “appear to be applying their beliefs about how men and women behave,” said co-author Sharon Shavitt, a professor of marketing at Illinois. “This makes a female-named hurricane, especially one with a very feminine name such as Belle or Cindy, seem gentler and less violent.”

A spokesman for the National Hurricane Center declined to say whether scientists there find this analysis credible. But “whether the name is Sam or Samantha,” Dennis Feltgen said, people must heed evacuation orders.