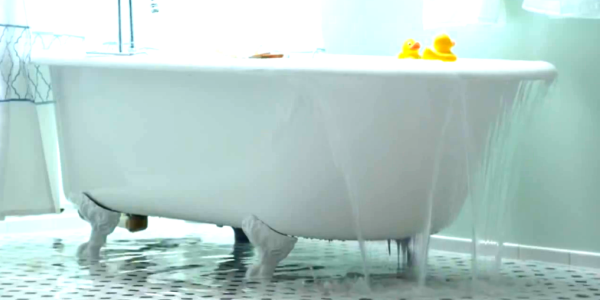 Swamped with legal costs, Citizens Property Insurance Corp. is forming a team in South Florida to head off lawsuits from customers seeking payment for water damage.

A total of 16,151 such claims ended up in court from January 2009 through August 2012, a Citizens report found. Ninety-six percent of those came from customers in Broward, Palm Beach and Miami-Dade counties — usually after Citizens declined to pay all or part of a claim.

Most often, water-loss claims result from leakage or breaks in a home’s plumbing. They represent about half of all claims Citizens received last year.

In Palm Beach County, water-loss claims landed in court 997 times, 6 percent of the total statewide, according to Citizens’ internal study.

The legal disputes drive up Citizens’ costs, which leads to higher premiums for customers.

The insurer spent $135.5 million on legal fees in the tri-county area over the five years studied, for water claims and all other cases. Some $9 million of that was spent on Palm Beach County cases.

The company’s South Florida team will try to resolve water-loss disagreements before they result in lawsuits, Citizens said.

“Staff in South Florida will give Citizens the ability to provide a higher level of training on policy language and estimating damages that will result in better claims decisions,” said Christine Ashburn, the insurer’s vice president for communications, legislative and external affairs.

One area of contention is that Citizens doesn’t cover “long-term leaks,” said Jay Adams, vice president of claims for Citizens. “A lot of times there will be leaks and [homeowners] will kind of live with it,” he said. “But over time the leaks create more and more damage.”

Citizens’ policies require homeowners to report damages within 14 days of a pipe’s breaking or other leakage, he said. Citizens will pay for repairs to that damage — but not for other work, such as fixing dry rot or wood decayed from older leaks that weren’t reported.

The 14-day rule that has caused much of the litigation, said Nancy Dominguez, managing director of the Florida Association of Public Insurance Adjusters.

“Most insurance claims deal with water damage, often stemming from damage behind walls or under slabs that doesn’t become noticeable for weeks or months,” according to a statement by her association.

“Citizens took the lead denying claims for leakage occurring over more than 14 days, even if it is hidden from sight. This anti-consumer policy language has also created an increase in litigated claims for Citizens and other companies who have followed suit.”

Paul Handerhand, president of the statewide adjusters association, added that Citizens has unclear language in its policies that hurts consumers.

“The ambiguous water loss exclusionary language written into the Citizens policy provides their adjusters more discretion to deny claims,” Handerhand said in an email. “Denied claims result in increased litigation when policyholders are forced to turn to the courts to get paid for their losses.”

Some other insurers are more lenient than Citizens, said Katherine Turk, vice president/private client manager of Boca Raton’s Century Risk Advisors, an independent insurance and risk management agency. They’ll pay for repairs even if the leaks have gone undetected for a while, she said.

“How could you report a claim that you are not aware of — [damage] that’s been hiding behind a wall?” Turk asked.

Part of the problem is that Citizens has issued “flat-out denials” of claims, forcing homeowners to hire attorneys to fight for at least some compensation, said attorney James C. Ligman of Miami, who has represented Citizens policyholders in all three counties.

“A lot of times [cases] are resolved before they go to court,” Ligman said.

Ashburn, the Citizen’s vice president, said the company’s software and claims forms are similar to other insurers’. Staff are trainined to treat claims in the same way to pay for “sudden and accidental losses.”

“This is what insurance is for,” she said. “We do everything we can to ensure consistency.”