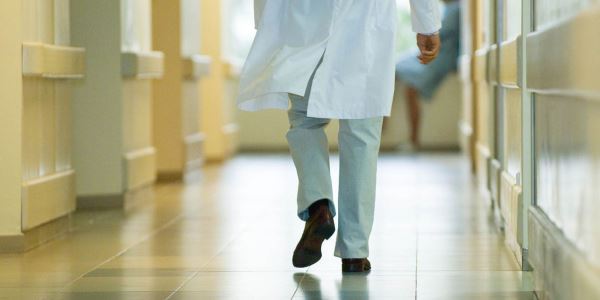 Before the law took effect, experts warned that narrow networks could impact patients’ access to care, especially in cheaper plans. But with insurance cards now in hand, consumers are finding their access limited across all price ranges – sometimes even after they were told their plan would include their current doctor.

Michelle Pool is one of those customers. Before enrolling in a new health plan on California’s exchange, she checked whether her longtime primary care doctor was covered. Pool, a 60-year-old diabetic who has had back surgery and a hip replacement, purchased the plan only to find that the insurer was mistaken.

Her $352 a month gold plan was cheaper than what she’d paid under her husband’s insurance and seemed like a good deal because of her numerous pre-existing conditions. But after her insurance card came in the mail, the Vista, California resident learned her doctor wasn’t taking her new insurance.

“It’s not fun when you’ve had a doctor for years and years that you can confide in and he knows you,” Pool said. “I’m extremely discouraged. I’m stuck.”

The dilemma undercuts President Obama’s 2009 pledge that: “If you like your doctor, you will be able to keep your doctor, period.” Consumer frustration over losing doctors comes as the Obama administration is still celebrating a victory with more than 8 million enrollees in its first year.

Narrow networks are part of the economic trade-off for keeping premiums under control and preventing insurers from turning away those with pre-existing conditions. Even before the Affordable Care Act, doctors and hospitals would choose to leave a network – or be pushed out – over reimbursement issues as insurers tried to contain costs.

Health and Human Services spokesman Fabien Levy says the law requires insurance companies to post their directories so consumers can see if their doctor is covered before they sign up. Officials say insurance companies ultimately decide what doctors and hospitals to include in networks, just as they did before the law. The federal government is closely monitoring plans to see if more guidelines are needed to ensure consumers have access to quality health care.

Insurance agents Craig Gussin in San Diego and Kelly Fristoe in Texas helped dozens of clients switch plans just before the enrollment deadline when clients realized their doctors weren’t covered. Now, they’re struggling to help clients who realized they were in that position after the March 31 enrollment deadline, when consumers are locked into plans for one year.

Gussin says that even after his mad-dash to make switches before the deadline, he still has a half-dozen clients who are stuck – and he expects the number to grow as more try to schedule with doctors. He and other agents fear it will be one of their most serious issues in 2014.

“Everybody I talk to is having the same issue. It’s probably the number one item that we’re seeing right now,” said Gussin, who is petitioning Covered California for special enrollment status to help clients change plans.

Health counselor Nathalie Milias, who helped enroll nearly 300 Miami-area residents in ACA plans, says most of them chose a plan with $0 monthly premiums and deductibles – but with much more limited choices. She says tax credits could have allowed them more robust plans if they were willing to spend more, but many are working poor who didn’t want to pay another bill.

Marie Bien-Aime, a 59-year-old cook at a Miami restaurant, enrolled in that plan to avoid a monthly payment, but she realized her longtime health clinic didn’t take the plan. Shortly before the enrollment deadline, Bien-Aime upgraded to a plan that costs $37 per month.

“Paying $37 isn’t good for me, but I had to do it because I wanted to keep my doctor because he’s so good,” said Bien-Aime, who was previously uninsured.

Many consumers are still learning. They hear “Obamacare” and think it’s free like Medicaid or Medicare, said John Foley, an attorney and navigator.

“They don’t expect to pay anything,” said Foley. “For a couple more dollars a month you can get a really good plan and they’re like, `This is free. I don’t want to pay for this.'”

Even with pricier plans, some consumers have access problems.

James Potts’ $647-per-month silver plan was issued by the same company that had insured him with a different plan cancelled under the Affordable Care Act. The 64-year-old property insurance agent assumed his doctors would remain the same under the insurer’s new plan, but didn’t double check.

When Potts got a nasty cold, he called three facilities near his home in Wichita Falls, Texas, and was shocked to find none took the insurance, including his primary care doctor.

“It was a waste of money for me,” he said. “I couldn’t find doctors that would talk to me.