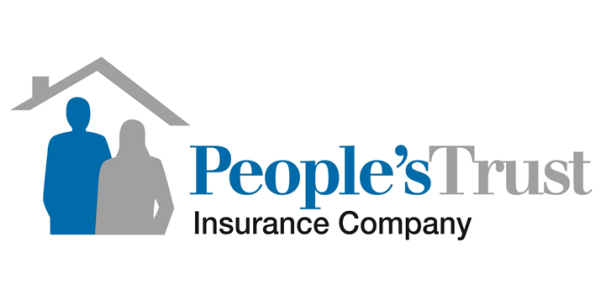 One of Florida’s fastest-growing property insurers is canceling thousands of policies, abruptly cutting ties with many customers in South Florida – some less than 90 days after they signed up.

People’s Trust Insurance Co. is calling it “prudent exposure management,” though it is infuriating customers who are losing coverage so close to hurricane season. One Palm Beach Gardens customer said,” I smell a rat.”

Fewer than 5 percent of its more than 115,000 policies are affected, said a spokeswoman for the company, which last week completed a transfer of its headquarters to Deerfield Beach from Boca Raton.

“People’s Trust has experienced very strong growth in the tri-county area in the last year, with even faster growth occurring over the past quarter,” said Genie O’Loughlin, the company’s director or marketing, referring to Palm Beach, Broward and Miami-Dade counties. “As a result, People’s Trust is implementing prudent exposure management strategies to more effectively diversify and balance the company’s risk portfolio as we enter the 2014 storm season.”

She added, “We continue to write new policies in Palm Beach County and the tri-county area,” although the carrier recently closed all counties in South Florida – Miami-Dade, Broward and Palm Beach – to new policies.

The cancellations mark a sharp pullback in what is otherwise a period of expansion for many Florida-based carriers, with a record number of customers leaving state-run insurer Citizens, reinsurance costs falling and several companies filing their first rate cuts in many years.

It has also been a time of big change for People’s Trust. In January, CEO Mike Gold died in his sleep at age 60, and his “larger-than-life persona will be sorely missed,” business partner George W. Schaeffer said in a statement then.

Gold started People’s Trust in 2008 “because he was a frustrated Florida homeowner paying too much for insurance and knew there had to be a better way,” a company statement said. The firm won a 2013 Enterprise Florida Governor’s Innovators in Business Award for being a company that has set a standard for entrepreneurship and creativity.

Some innovations came with turbulence. In 2009, state regulators fined the company $100,000 for using unlicensed agents, though company officials said employees at a call center worked under the supervision of licensed agents as part of a strategy to hold down costs for consumers. In 2012, People’s Trust said it created an agency sales channel and in 2013 expanded this network of select independent insurance agencies to include approximately 300 agency partners across Florida.

One Fort Lauderdale customer said a short letter explained her policy was being canceled for unspecified “underwriting reasons.” Some homeowners said they inquired with agents or the company and were given reasons ranging from a home was more than 30 years old to the insurer was canceling policies in certain ZIP codes.

A spokeswoman for the state’s Office of Insurance Regulation said state law allows insurers to cancel policies within 90 days for underwriting reasons. Asked if the law requires specific reasons, she said, “The office has cited insurers for not providing specific reasons for cancellation or nonrenewal of policies. However, there is no definition in statute nor is there any case law or administrative rule that clearly defines what ‘specific’ means.”

Losing coverage unexpectedly before hurricane season irritated consumers who complained to the Better Business Bureau, among other places. One said: “People’s Trust wrote too many policies so now we have to suffer and find new insurance.” A spokesman for Florida’s chief financial officer did not respond to a request say how many people complained to state offices.

O’Loughlin said,”We truly regret that these short-term corrective measures inconvenience even a small percentage of homeowners.”

Cyber Insurance Coverage Comes In All Shapes and Sizes