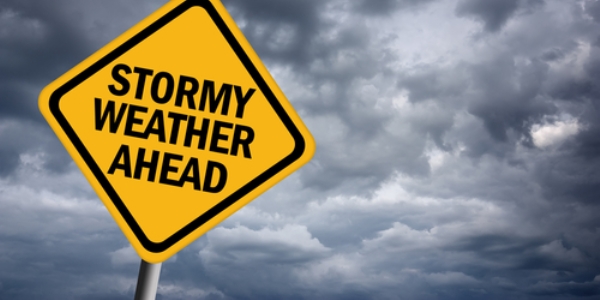 2. Tropical development this season may be altered by the onset of El Niño in late summer or fall.

3. Areas from the central and eastern Gulf of Mexico up through the East Coast will be most vulnerable for impacts from a tropical system.

The onset of El Niño, a short-term phenomenon associated with above-normal water temperatures in the equatorial Pacific, may alter weather patterns across the globe. At some point this summer, El Niño will likely increase wind shear across portions of the Atlantic basin and thus suppress the development of tropical storms this season.

“If we have a robust El Niño develop, then the numbers will be much lower and this could be one of the least active years in recent memory,” AccuWeather.com Senior Meteorologist Dan Kottlowski said.

If the 2014 season falls short of normal, it would only be the fourth below-normal season in 20 years, according to NOAA.

The official start of hurricane season, June 1, 2014, could be ushered in by one or two storms in June or July, according to Kottlowski.

Greatest potential for storms is August through October

However, most storms and the best potential for landfall will be on the horizon for the basin during the heart of hurricane season, which occurs later in the summer and into fall, in the months of August, September and October.

This summer, the areas to watch closely for potential impact will be those from eastern Louisiana, east through Florida and up through the Carolina and Virginia coasts, including the cities of New Orleans, Tampa, Miami, Key West, Charleston and Norfolk.

However, other areas along the coastline could still be hit as early predictions for pathways and intensity of storms and hurricanes weeks ahead of time are extremely difficult, according to Kottlowski.

Hope for the best, but prepare for the worst

Although this season overall numbers are predicted to be low, meteorologists urge people to be prepared for the worst.

“All we need is one hurricane,” Kottlowski said. “Just because we are saying this is going to be an inactive season doesn’t mean we couldn’t have a couple of very intense hurricanes.”

Kottlowski emphasized the importance of preparing for a storm, comparing this season to that of 1992. Nearly 22 years ago, after a nearly tranquil summer, Hurricane Andrew made landfall. A Category 5 storm, Andrew wiped out South Florida and portions of Louisiana, including Morgan City, and became one of the most memorable hurricanes in history.

“I’m worried because people think this is going to be a very inactive year, so people think they don’t have to worry, but that’s not the case at all,” Kottlowski said. “All it takes is one storm or hurricane to ruin your vacation or your property.”

How to prepare for hurricane damage

Ahead of the season, AccuWeather.com meteorologists urge citizens along the coast to begin preparations for the season. Once a storm or hurricane is on its way, it’s almost too late, Kottlowski added.

Hurricanes can induce storm surges, or a pile-up of water that moves with a hurricane and rises quickly before crashing along the coast, which can wash away entire neighborhoods. Superstorm Sandy demonstrated the strength of storm surges in October 2012, nearly demolishing the New Jersey coastline.

Damaging winds are another component of hurricanes that can bring extensive damage to impacted areas, as straight-line winds can knock down anything untethered. Hurricanes are also known for spawning tornadoes as they make landfall.

“Have an emergency kit together that includes food, water, copies of your housing documents, insurance papers and a safety kit,” Kottlowski said. “Think about the possibilities of where you are going to evacuate to.”

The Personal Financial Impact of a Hurricane

How Not To File A Car Insurance Claim