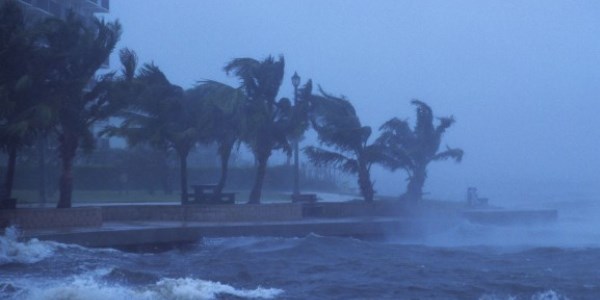 Will this be the year the USA’s luck runs out?

Both streaks began on Oct. 24, 2005, when Category 3 Hurricane Wilma slammed into southwest Florida with 120-mph winds.

A “major” hurricane is a Category 3, 4, or 5 on the Saffir-Simpson Scale of Hurricane Intensity; the minimum wind speed for a major hurricane is 111 mph.

“This is the longest period on record with no major hurricane landfalls since 1878, when reliable landfall records began,” says Colorado State University meteorologist and hurricane expert Phil Klotzbach.

Despite its fury, Hurricane/Superstorm Sandy, was a Category 1 hurricane, with maximum winds of 80 mph, when it made landfall in October 2012 in New Jersey. Sandy is a good example of how wind speed can be an inadequate measure of a hurricane’s ferocity.

Sandy killed dozens of people and did $65 billion damage in the USA. alone, the National Climatic Data Center reported.

Hurricane Ike battered the Texas coast in 2008, killing at least 112 people and doing $27 billion in damage, but it missed the “major” hurricane label by 1 mph when it slammed ashore with winds of 110 mph.

One explanation for the hiatus in major hurricanes: “Luck, and it will run out,” says Dennis Feltgen, a spokesman with the National Hurricane Center in Miami.

“Luck has certainly played a role,” agrees Klotzbach. Also, steering currents have helped guide storms out to sea, he says.

“We have tended to have a trough of low pressure along the East Coast of the U.S. during the past eight years, which has helped steer storms away from the mainland,” said Klotzbach.

Florida’s nine-year hurricane-free streak is also notable for the state that sticks out into the hurricane zone like a sore thumb: Since 1851, 114 hurricanes have hit Florida, according to data from the Atlantic Oceanographic and Meteorological Laboratory. This is 39% of the total number of U.S. hurricane strikes.

“These remarkable streaks must end sometime.” noted Roger Pielke, Jr., a professor of environmental studies at the University of Colorado. “We need to be prepared that this would be the year that both streaks end,” added Feltgen.

Hurricane season begins June 1. Klotzbach and his team at Colorado State, which includes William Gray, the dean of hurricane forecasting, are predicting a below-average season, with only three hurricanes forecast to form in the Atlantic.

A season with few hurricanes doesn’t mean that the ones that do form will be weak: In 1992, only four hurricanes formed, but one of them was monstrous Hurricane Andrew, which killed dozens and caused $27 billion in damages as it battered south Florida.

Federal forecasters from the Climate Prediction Center will issue their forecast on May 22.

Drunk Driving In Florida Is A Really Bad Idea: Here’s Why

Where Did The PPO’s Go?

South Florida Has Highest Risk Of Mortgage Fraud In The Country