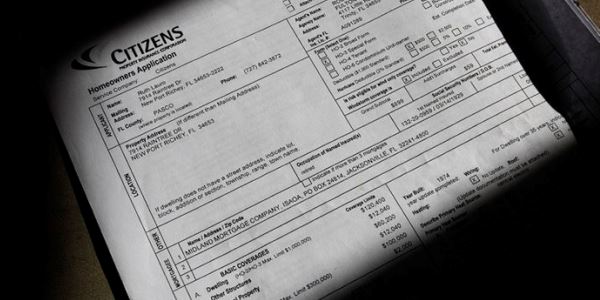 According to Citizens, four private companies will begin offering policies to new homeowners coverage applicants as part of Citizens’ measured rollout of a clearinghouse system authorized by state lawmakers in 2013. Over the next five months, additional private-market insurers will be added to the list of Florida-approved companies.

The Property Insurance Clearinghouse will match homeowners with private companies that are willing to write policies comparable to Citizens at competitive prices. It’s the latest effort by the state-backed insurer to reduce Citizens’ exposure. Because Citizens is owned by the state, a future disaster poses a risk for all Floridians in the form of higher insurance rates, but an even higher risk for homeowners with Citizens coverage, who policies could go up as much as 45 percent in a single year.

Starting Monday, January 27th 2014, the insurance agent of a homeowner seeking new homeowners coverage with Citizens will enter the property information into the clearinghouse. The clearinghouse will then seek out offers from participating private-market companies.

If a participating company offers a policy premium within 15 percent of the Citizens’ premium for comparable coverage, the applicant will be ineligible for Citizens coverage.

If a homeowner is ineligible, he or she will be given a list of all private offers extended through the clearinghouse; in most cases, their agent will be able to bind coverage with the company of their choosing.

The clearinghouse will initially focus on new homeowners (HO-3) policies. By mid 2014, however, current Citizens residential customers should expect their policies to be shopped through the clearinghouse prior to renewal, according to Citizens.

Renewal policyholders will only be ineligible to renew with Citizens if an offer for comparable coverage is received with a premium that is equal to, or less than, their Citizens renewal premium, however.

Flood-Damaged Cars Back On The Market And Sold With Deception

It’s Vacation Time! Be Sure To Safeguard Your Home While You’re Away